Getting to the Expo

Sydney Showground is conveniently serviced by bus, train and ferry services. To plan your trip and get the latest travel information visit www.transportnsw.info.

A limited number of direct services also operate between Central Station and Olympic Park Station in the afternoon on weekdays and for some major events.

Sydney Buses operate direct bus services to Sydney Olympic Park from a number of locations including Lidcombe, Strathfield and Parramatta.

Sydney Airport is approximately 20km from Sydney Olympic Park and is easily accessible by all modes of transport. For more information visit www.sydneyairport.com.au.

Harry the Hirer is the OFFICIAL Australasia Bus & Coach Expo 2022 supplier. Offering an extensive range of quality, bespoke exhibition furniture packages are sourced from around the world. Harry the Hirer will help you showcase your brand story, product and maximise exposure 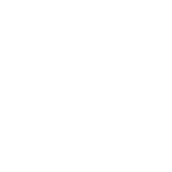